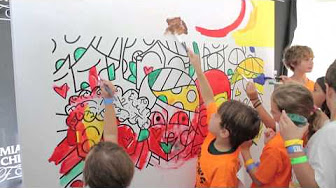 A select group of children had the opportunity to paint with Britto as he created an exclusive work of art that will be part of the Together For The Children campaign collateral. Other celebrities and influencers, as well as local dignitaries came together for this inspirational initiative and celebration