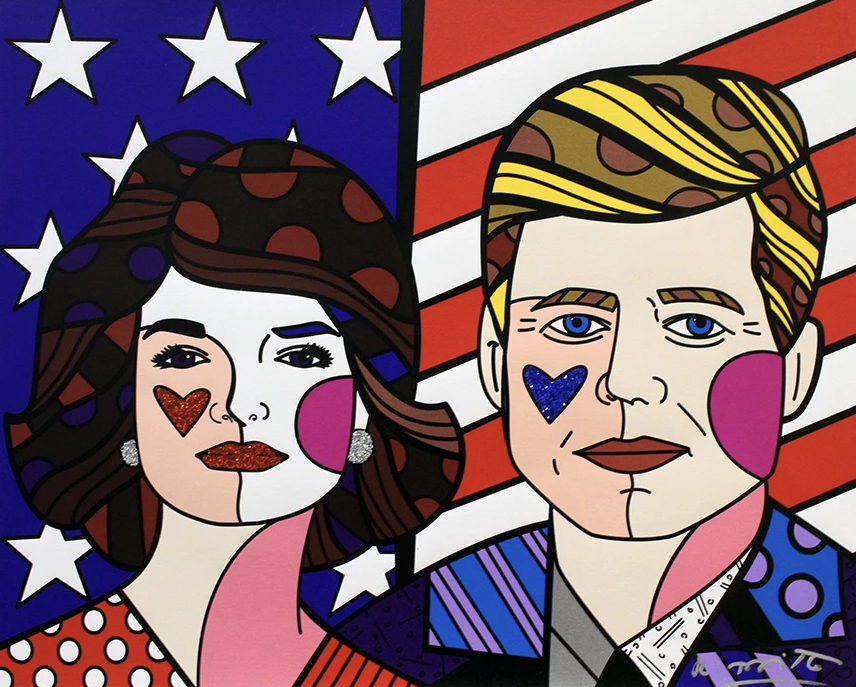 “The American Dream painting represents the dream that anyone can do what they wish,” said Britto. “As with most immigrants, the Irish came to America with not much more than their hopes and dreams. Nevertheless, they achieved success while contributing to the fabric of this great nation. A time of great change and opportunity for all was signaled when John F. Kennedy became president – as a family, they continue to represent strength, promise, hope, and a sense of duty.”

“I am incredibly grateful for the immense generosity of my dear friend of 20 years, Romero Britto. The sale of ?American Dream? at Sotheby’s was a record for a Britto and will also allow Best Buddies to expand its support for people with intellectual and developmental disabilities across the globe,” said Anthony Kennedy Shriver, Founder and Chairman of Best Buddies International. “My entire family feels such great pride in seeing the continued affection and respect our country has for both my Uncle Jack and Aunt Jackie.”

Best Buddies has grown from one original chapter to almost 1,900 chapters worldwide in more than 50 countries around the world. Best Buddies? eight formal programs positively impact nearly 900,000 individuals with and without disabilities globally. 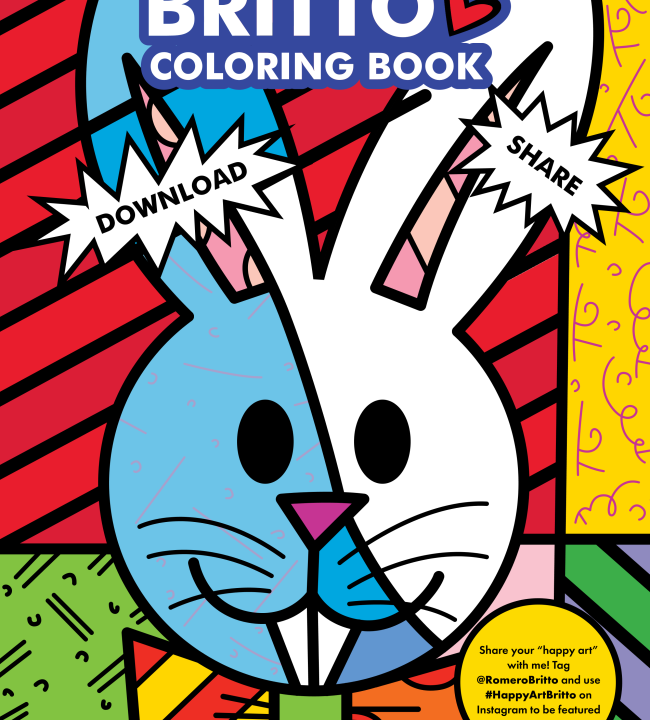 FOUNDER OF THE HAPPY ART MOVEMENT, ROMERO BRITTO CREATES A FREE EASTER COLORING BOOK FOR THE WORLD TO ENJOY AT HOME THIS HOLIDAY. 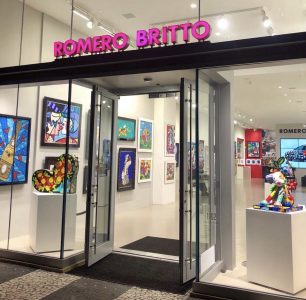 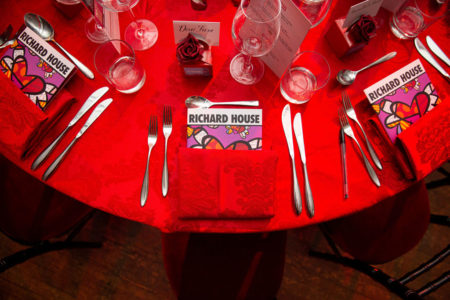 ROMERO BRITTO ATTENDS THE RICHARD’S HOUSE GALA AND DONATES A ONE OF A KIND PAINTING ON A DOLCE & GABANNA HANDBAG THAT AUCTIONED FOR 72,000 POUNDS!

Spanish
Thanks for subscribing!